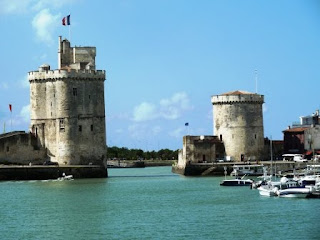 La Rochelle was a brief stopping point on our trip as it featured heavily in French classes at school (this was Richards reasoning anyway) It is a very pleasant town with a beautiful harbour and a local market by the waterfront. 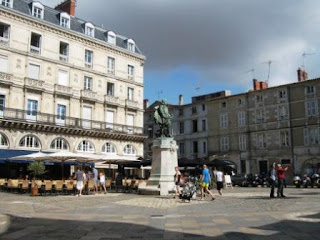 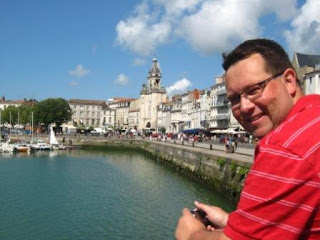 The shops leading down towards the harbour appeared varied and interesting, but time being against us we only had the morning to spend in La Rochelle. It also didn’t help our time management that we forgot the time our parking ticket was due to expire, so when we thought we were due back at the car for 12:30pm and made a mad dash to avoid towing, we felt, let’s just say a little sillyt that we actually had another 2 hours of parking time left! 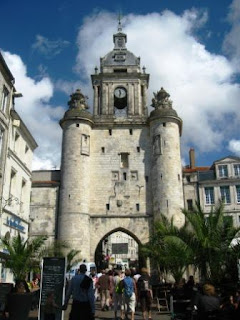 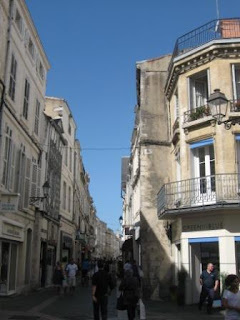 Time & Money are the 2 main factors in this trip. We don’t have enough of either. We would have loved to have spent several weeks in France touring around the various regions, sampling the food and wines, the countryside is stunning. The reality is that France is one of many countries that we should simply pass through. La Rochelle was a waypoint that should not have really been on the itinerary. But anyone who knows my “ideas man” knows we were never going to bypass that text book town. 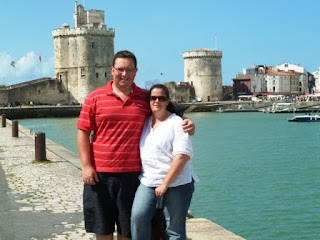 Not that I’m complaining it was one of his ideas that landed us on this amazing journey! 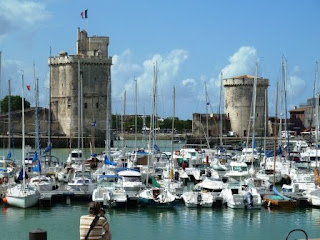 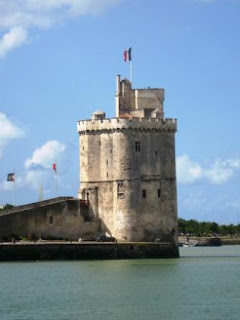 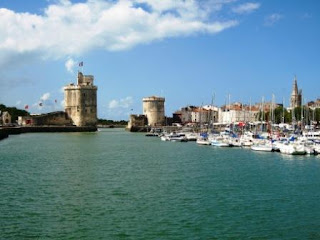 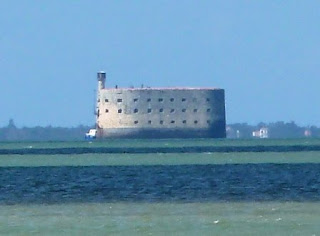 Time to leave La Rochelle and head towards the Dordogne Region. Fort Boyard (of Game Show fame and possibly some other Historical significance) appeared off the coast as we left La Rochelle so a quick detour along the coast was necessary for a few snaps.
The Cognac region presented itself en-route which was a nice surprise, the rolling hills littered with vineyards and budding grapes. Parking up on a little side road we enjoyed a picnic lunch in a very peaceful, and quite romantic setting on the edge of a farmer’s vineyard. 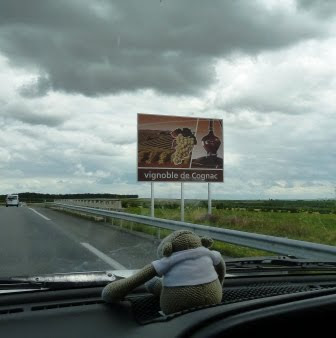 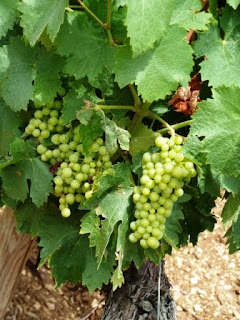 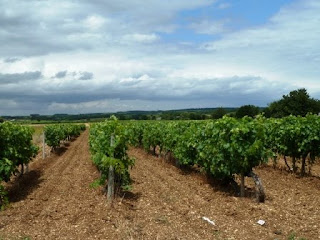 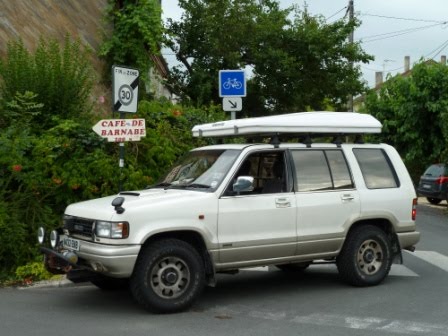 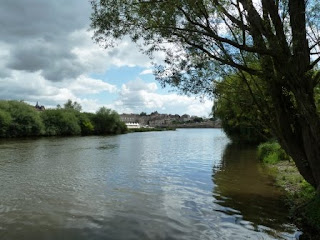 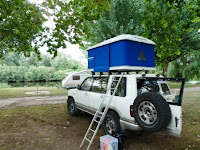 Arriving late afternoon in Bergerac a campsite was found on the riverbank of the Dordogne River. A VW Camper sporting English number plates was already parked up next to us and Neville came to say a cheery “Hello” when he spotted Barnaby’s number plate.
Neville was travelling with his wife Wendy, and also their daughter Candice. Wendy had temporarily returned to the UK, but a very pleasant evening was spent with Neville and Candice in their Campervan (luxurious compared to our setup) drinking Rose wine and talking of travelling throughout the World. 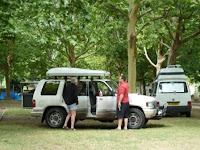