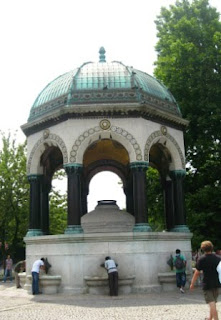 After a wonderful night’s sleep in three star luxury, it was time to start exploring again. Taking advantage of the hotels shuttle service, we were taking straight into the heart of Sultanahmet, home of the Blue Mosque, The Hippodrome, The Grand Bazaar and various other attractions. 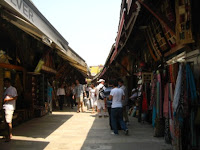 The first port of call was one of the many smaller Bazaars. Attached to the blue mosque this Bazaar was a little quieter, though the sellers still did their best to ply their wares in our direction. The questions began to mull over in our heads....
Do we? Don’t we? Do we?Don’t  we? ..... need a new carpet for Barnaby? 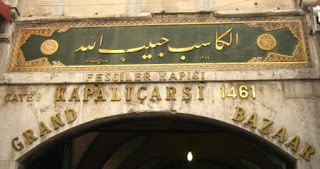 The call to prayer emanating from the Blue Mosque was a great beacon. The Mosque closes to visitors at prayer times, so after admiring the architecture from the outside, we decided to make our way towards the Grand Bazaar.
The Grand Bazaar in Istanbul is one of the largest and oldest covered markets in the world, with more than 58 covered streets, and over 1200 shops. Opened in 1461, it is well known for the sales of jewellery, carpets, pottery, and spices. The stalls within the Bazaars covered streets are grouped together depending on what they are trading. 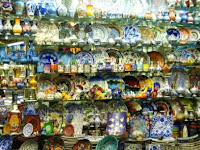 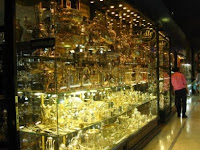 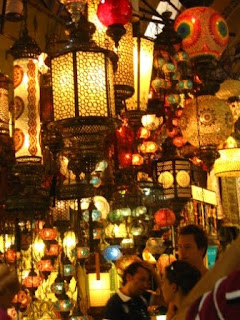 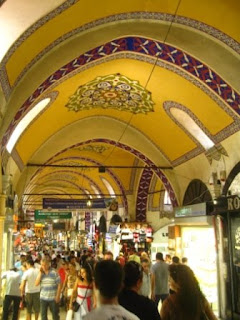 Getting lost in the Bazaar was pretty easy and we soon lost all sense of direction after winding through the many streets. Bantering with the stall holders was part of the experience that you had no option but to get used to. Despite the many great offers, we had to politely decline them all. The carpet for Barnaby was put on hold this time, there were many great products at prices not to be missed – but do we really need a 12ft Rug when travelling Overland? 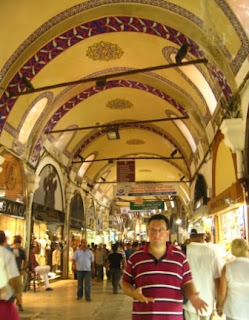 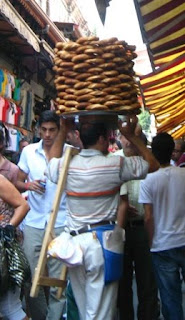 Do I want a rug? A lantern? A carpet?  Maybe just a loaf of bread?
Sometimes it's just hard to decide. 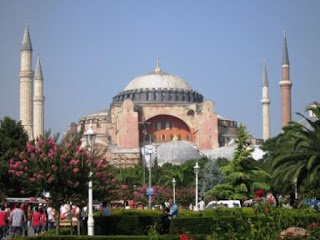 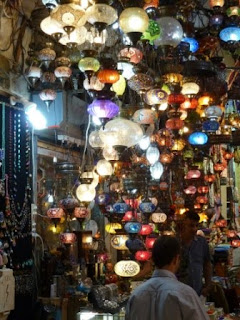 The temperature again was very hot. 1 Turkish Lira (about 50p) would buy 1.5L of cool refreshing water every hour. Sticking to this regime all day we constantly fought the battle to fill our bodies with more water than we would sweat out - (we will spare you all a picture). 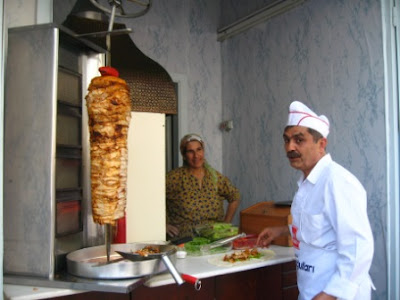 Lunch was a delightful chicken kebab, though it has become amusing to both of us to see chips or fries are added to a kebab. This may just be done for tourists or are the locals just a bit partial to chips? A small patch of shade was found were we could eat, rest and coo down before setting off again to fulfil (and enjoy) our tourist responsibilities.

Muslims enter the Blue Mosque (built around 1609) from the front of the building, whilst the Tourists are sent around to the side of the building. Taking off our shoes and placing them into a carrier bag, we were allowed to enter this magnificent building which gets its name from the blue tiles adorning the walls of its interior. 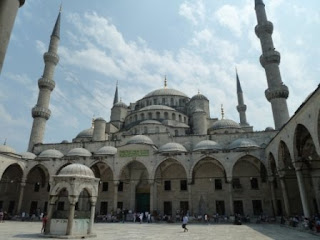 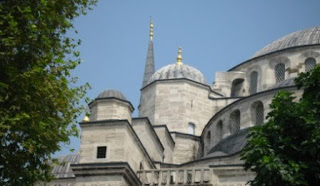 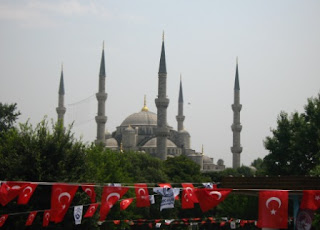 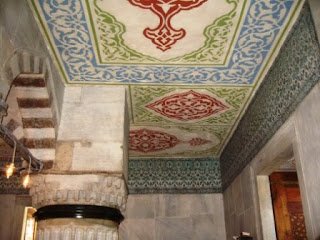 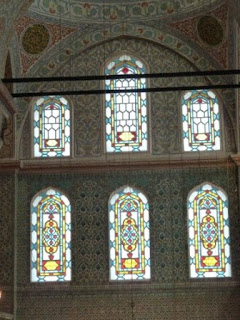 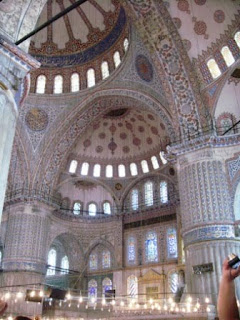 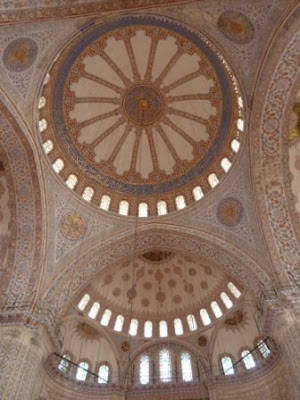 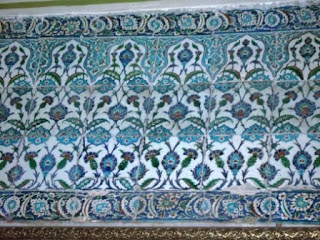 The return shuttle was boarded at 5:30pm back to the Hotel. We were reunited with Barnaby and set off into the sunset towards Ankara. 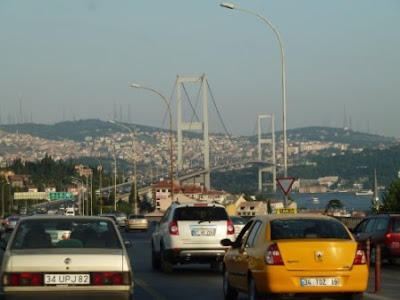 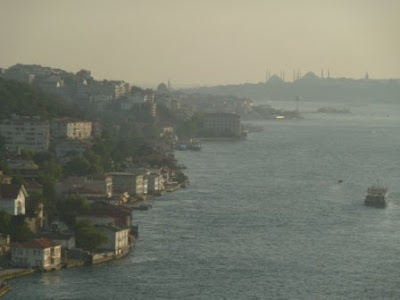