The Caspian Museum turned out to be quite disappointing.  It was just a small room full of artefacts from various periods throughout history! 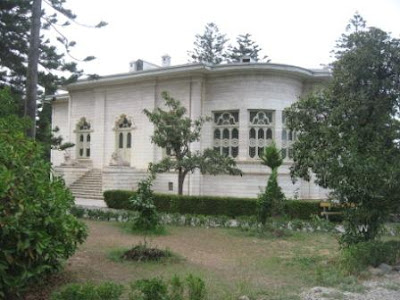 The real attraction was actually a relatively small palace hidden away in the grounds.  A beautiful building and very oppulent inside, but would only be used once or twice a year! 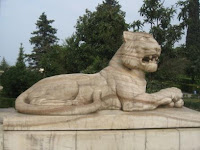 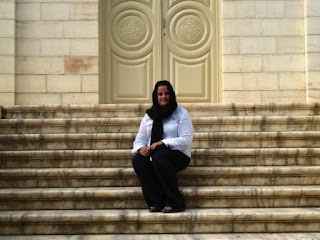 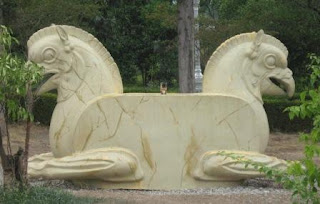 After dinner it was time to see if we could sneak a look in the Grand Palace.  There were a few windows which had their net curtains offset that offered glimpses inside, but one had an open window that Zowi had accidentally pushed open.  Should we climb in? 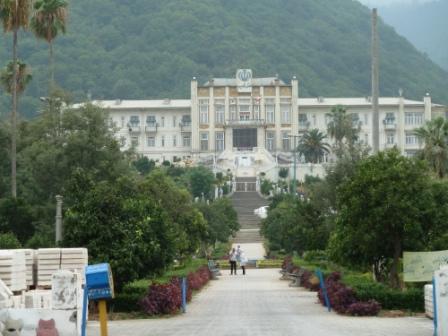 Of course not! - we were brought up better than that! - plus we were chicken! - but we did get a photo of the room which looks pretty tired. 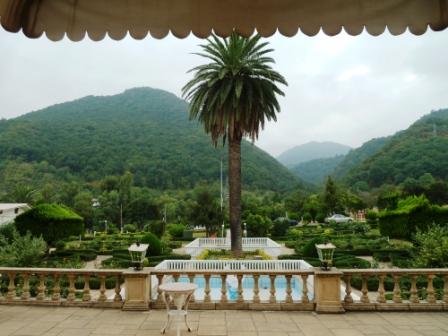 As we returned to the front of the building a Security guard appeared.  The Security guard turned out to be really friendly and actually tried a few doors to help get us into the lobby, though all attempts were  unsuccesful.  A photograph of us both was taken before we all departed from the Hotel. 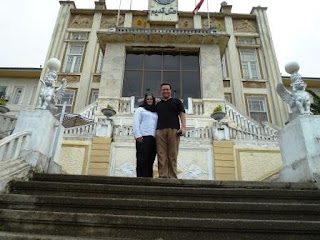 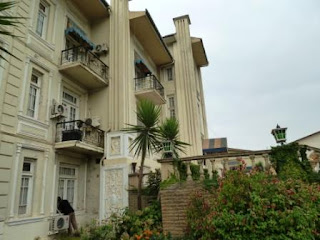 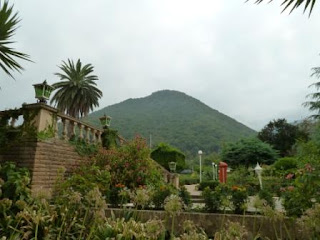 And he says that I'm the snoopy one!
We enjoyed a short stroll along the Caspian Sea front before heading off towards Tehran.  It looked like Tehran was out of reach at 11pm and we arrived in a town called Chalus.  After negotiating the price of a good hotel down to 1/2 price, we were soon sound asleep.