We woke this morning around 7:30am to find all the trucks that were parked with us had now gone, leaving us feeling very exposed to the motorway traffic with only a clothing salesman selling his wares in the parking bay for cover. The Rooftent was quickly taken down and we drove the remaining 50km’s into Ramsar.
Ramsar was the “Shah’s Playground” back in the 1970’s and still has quite laidback feel to it, though its former glory and opulence have certainly faded since the Shah’s downfall some 30 years ago. 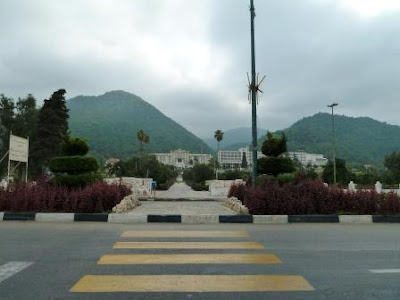 Adjacent to the Grand Palace / Old Hotel is the newer Hotel which appears to own both buildings. Rooms were priced at $140 USD a night, too much for our meagre budget, so unfortunately we had to politely decline, and make our exit.
Booking into the Hotel Safaryan further down the road at 400,000 Rials (approx US $40 / 30 Pounds) we were happy for a Western Toilet, Shower, Air Con, though maybe a little surprised to find a full sized freestanding fridge.
Both being sleep deprived, we showered, then slept for 6 hours before waking up feeling mighty hungry. Driving down to the beach area there were many younger Iranians, walking and talking along the beach front, all enjoying the slightly cooler end to the day.
It is quite difficult to find somewhere to eat in different country, particularly one where you are unable to decipher the Persian Script. The odd ‘Well come’ and ‘Fast Food’ appears on the signage outside, but menu’s are all written in Farsi.
There are some eating places where there are only men eating inside – are these a men’s only club? Can hungry women eat here too? – Not being sure, we moved on until a more family orientated restaurant was found and went inside.
The waiter didn’t speak any English, and our Farsi still isn’t up to scratch. The menu written in Farsi looks very confusing, but thanks to Lonely Planets “Farsi (Persian) Phrasebook”, Zowi managed to order ‘chelo kabab e kubide’ which was roasted lamb mince meat with rice, whilst I ordered ‘ghorme sabzi’ which was a stew of mixed diced meats, beans, tomato paste and vegetables, again with a plate of rice. There is always a certain degree of apprehension before the meal arrives, but both meals tasted very nice, and we were both happy with what we had chosen. 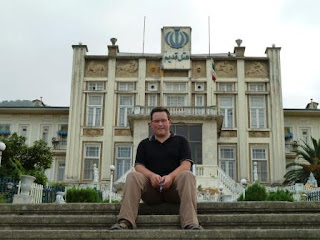 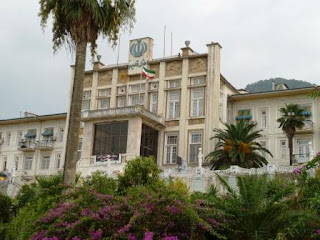 After our meal we drove to the Grand Palace, now known as the “Old Hotel”. In the mid 1970’s my father worked here as a Croupier in the Casino, and it is the reason why we have detoured off the main road to visit this town on the Caspian sea. 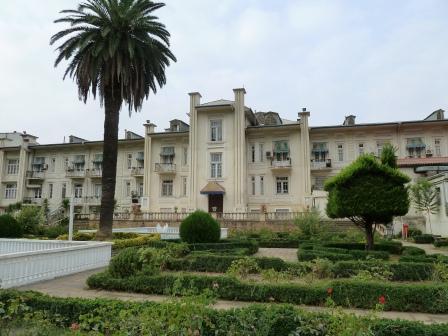 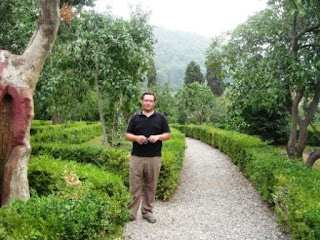