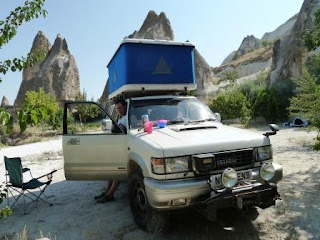 As we had rolled into the campsite at some ridiculous time in the morning we set out to find someone to pay for the privilege of camping right at the base of the formations. After much searching we were still unable to locate a sole. Total cost for a few hours kip - £0. Nice one.
Still a little tired we meandered our way though the town, admiring the creative way that these formations have eroded into hundreds of spectacular pillars and minaret-like forms.  The volcanic deposits are soft rocks that the people of the villages at the heart of the Cappadocia Region carved out to form homes, hotels, shops and places of worship.

The colours were spectacular and it was well worth the detour inland to see the rocks of Cappadocia. 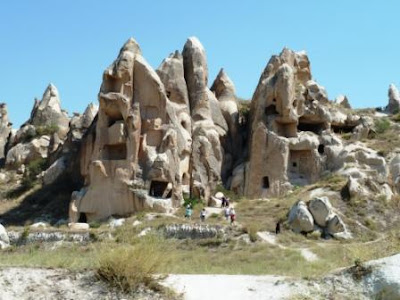 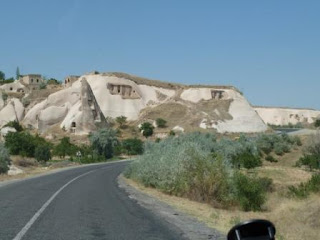 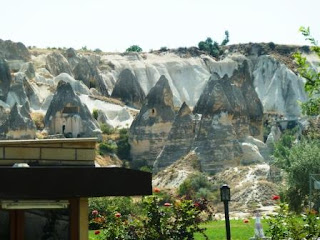 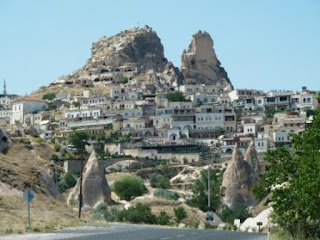 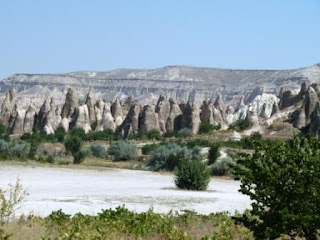 Driving from Cappadocia, towards the border town of Dougbayazit, we witnessed a developing thunderstorm in the distance.  Later, as we passed under the storm front, on some flat planes, fork lightening hit a field which in turn started a fire or two.  Although we are not sure, this may be a possible explanation for the burnt out patches of fields we had passed over the last few days. 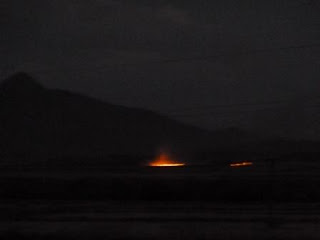 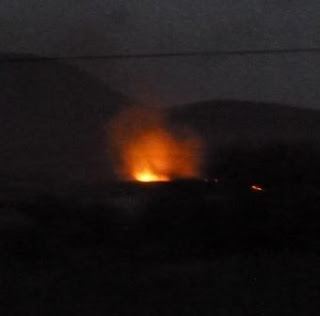 Again after a very long day behind the wheel we finally arrived in Dogubayazit, affectionately also known as Dog Biscuit or Doggy Biscuit at 2am to a place called Murat Camping.  We had chosen this campsite as it has a reputation for overlanders stopping off.  Parking under a tree for shade in the morning, the tent was erected and sleep quickly ensued. Although we were not sure where anyone else was staying as we seemed to be the only vehicle there!

... and below are some random photos from the day! 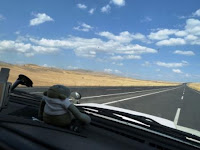 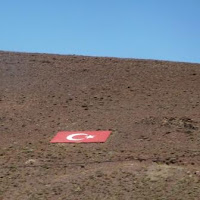 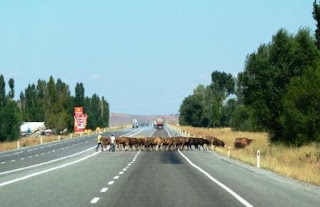 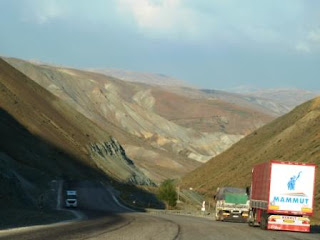