The Nürburgring is a motorsport complex around the village of Nürburg, Germany. It features a modern Grand Prix race track built in 1984, and a much longer old North loop track which was built in the 1920s around the village and medieval castle of Nürburg in the Eifel mountains. It is located about 70 kilometres (43 mi) south of Cologne, and 120 kilometres (75 mi) northwest of Frankfurt.

The old track was nicknamed The Green Hell by Jackie Stewart and is widely considered the toughest, most dangerous and most demanding purpose-built racing circuit in the world. Originally, the track featured four track configurations: the 28.265 kilometres (17.563 miles) long Gesamtstrecke ("Whole Course"), which in turn consisted of the 22.810 km (14.173 mi) Nordschleife ("Northern Loop"), and the 7.747 km (4.814 mi) Südschleife ("Southern Loop"). There also was a 2.281 km (1.417 mi) warm-up loop called Zielschleife ("Finish Loop") or better known as Betonschleife, around the pit area.[1] Between 1982 and 1983 the start-finish area was demolished to create a new GP-Strecke, and this is currently used for all major and international racing events. However, the shortened Nordschleife is still in use, for racing, testing and public access. 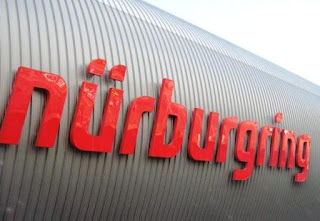 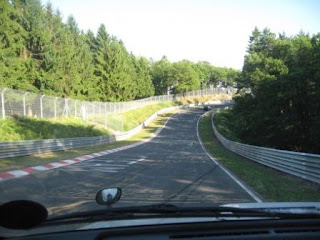 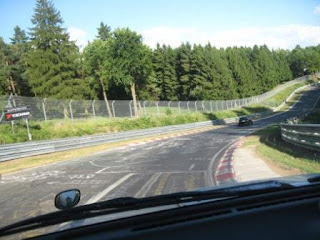 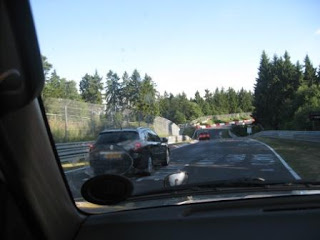 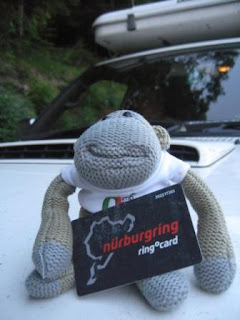 It has to be said that Barnaby the Isuzu Bighorn was not designed as a race car.  At the starting barrier, there were Porsches, Ferraris, Motorbikes, Boy Racers in suped up cars, a lot of drivers had helmets, all there taking it very seriously indeed.

Barnaby on the other hand was equipped with; a Rooftent, Fridge, Winch, Cans of Soup and our Mascot for the trip "Monkey", not the typical setup for a quick lap.

22 Euros are exchanged for a card which will give you entry for a lap.  The Card that we had of course didnt work and everyone behind us were revving and beeping in frustration, it was almost like they thought that we should not be there?!?

Barnaby did the 28km lap in a time of just over 18 minutes.  Sure he lost most of his brakes, sure the Automatic gearbox over-heated, but he thundered through the course with a lot of Thumbs up from the Spectators!

Would I do it again? - sure, it was a lot of fun.  Would I do another lap in Barnaby? - Nah, he's more of a long distance travelling vehicle.
Posted by Rich at 10:55

Good work Rich, did you manage to outpace the buses?

Wow you guys are hooning thorugh France and Italy faster than your lap on the Nurburging (or however you spell it) race-track.
Keep writing about your adventures. We are enjoying them heaps. And the pics are definitely an added bonus.
Sim and Co. xo